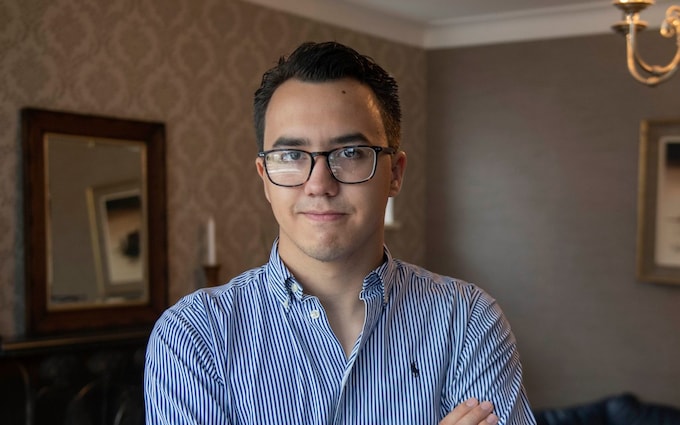 Oliver Corns, 16, was diagnosed with a learning disability and congenital classic autism when he was two years old and was offered a DNACPR by his doctor when he was 15 CREDIT: JULIAN SIMMONDS

Children with learning disabilities were offered “do not resuscitate” orders during the pandemic, The Telegraph can disclose.

GP surgeries asked if teenagers with autism and Down’s syndrome wanted not to be resuscitated, amid concerns about the pressure on the NHS.

The Telegraph has spoken to two families who were asked about the controversial orders - known as DNACPRs – during routine appointments.

Both families live in Kent and The Telegraph has seen an apology from their local health authority - who they have asked us not to name - saying that the question should not be asked.

The families said that they believed they were only asked about DNACPRs because of their child’s learning disability.

At the beginning of the pandemic, medics were warned that learning disabilities “should never be a reason for issuing a DNAR order “ and therefore if the decisions had been put in place it would have been a breach of their guidance.

Karen Woollard, who attended a ‘health check’ with her now 16-year-old son, Toby, who has Down’s syndrome, said she was asked by a healthcare assistant if her child should be given a DNACPR.

“It is a disgusting question”, said Mrs Woollard, who works as a teaching assistant. “The health assistant was following a form and she was very polite about it – suggesting she knew I wouldn’t want it to be ticked – but the question should not have appeared. It was very upsetting”.

Another woman, who is the mother of a 16 year-old with congenital severe autism, said that her son was asked if he wanted to be resuscitated during an appointment and initially agreed because he did not understand the question.

The revelation will fuel fears that patients with learning disabilities were discriminated against during the pandemic and raise concerns that some orders could have been applied without families knowing.

Dan Scorer, Head of Policy and Public Affairs at Mencap, said that “the 1.5 million people with a learning disability across the UK have a right to equal access to healthcare just like anyone else”.

In June, The Telegraph revealed how patients with mental illness and learning disabilities were given “do not resuscitate” orders during the pandemic.

Families, carers and doctors said that medics decided that patients with these conditions should not be resuscitated if their heart stopped – a decision which in one case appears to have led to the patient’s death.

However, prior to today’s investigation, the cases which have emerged relate to adults, not children.